The Winter 2017 (Issue 81) of Woodcarving Illustrated featured the Flickertail’s involvement with a Snow Snakes activity on page 96.  Click image to enlarge. 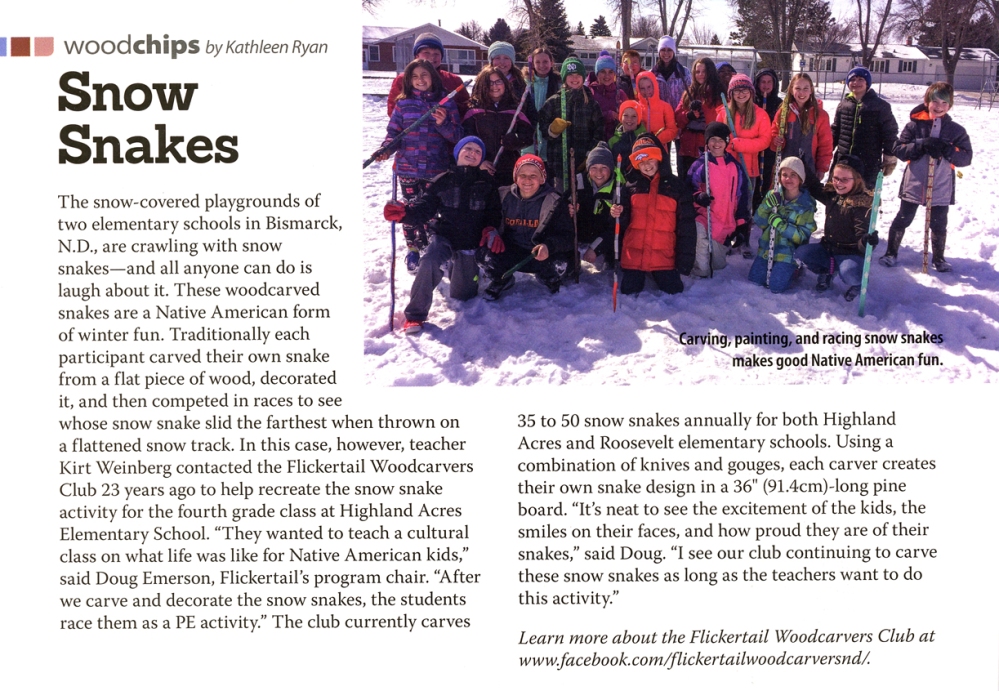 KFYR TV – January 7, 2017 – “Flickertail Woodcarvers use their art to give back”